This past week has been super fun! It`s also my last week in Japan :(

There were only two hours of school on Monday, and then we were off of school until Thursday! After school, I went to a ramen shop with three other friends. It was super delicious and cheap!
After eating I had a bit of time to pack and relax before going to the sleepover.

At around five, I met with my friends Airi, Chise, and Nariho, ready to have an incredible time. We planned this sleepover at least a month ahead of time; we were going to stay in a log cabin by the beach! When we split the fee four ways, it only ended up being about 25 dollars.

Once we put down our bags, we ran down to the beach. We were the only people renting the cabins that night, so we were able to yell and shout as much as we wanted. And that we did! 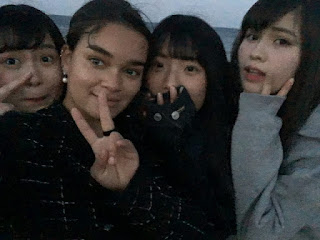 We wrote our names in the sand and sang. Watched the waves and danced. Just the amount of energy you would expect from four teenage girls :) 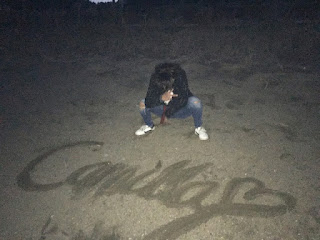 Then we started to make dinner. We felt like such adults, cooking dinner all on our own! We made salad with hard avocados and sweet curry. And I brought cake :)

After dinner, we talked, ate a ton of snacks, and played cards. Nariho really likes the card game Speed, and no one else wanted to face her because she`s really good, so I played with her for a while. I actually didn`t know how to play it at first, so she was obviously much better than me. But! My competitive nature kicked in, and I managed to win one time :D We may have played around 15 times, but 1/15 against someone who`s played Speed for hours is pretty good, right?!

We also danced and messed around with balloons. Overall really frickin fun!!! 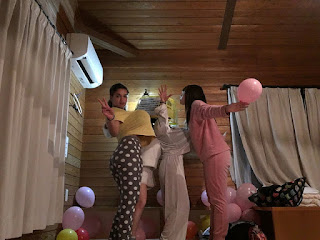 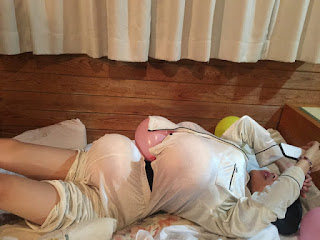 Stayed up until 2 talking, and then we made pancakes in the morning! 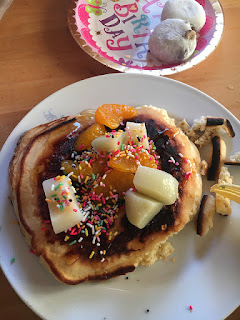 It was an incredible time, and I`m super happy I got to hang out with this group right before I left :)
Posted by Camilla Pernell at 9:39 PM